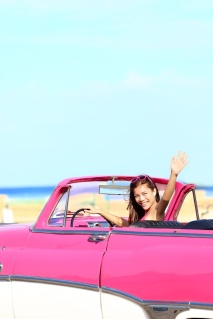 do, telling you about their holidays in Bali and New York and Singapore, and stuff like that? They never ask “real people” who travel what their tips are, and, you know, I travel a bit. I leave home several times a year.
So here is my interview, and its all legit. No BS or embroidery in this story as my bank account will attest to.

What is your best traveling tip? It is definitely to get a seat up near the front of the bus. This is imperative because I feel nauseous otherwise and even a bottle of Homebrand Ginger Ale doesn’t help. If it means the back half of the bus is empty and I have to sit next to someone up the front, who objects to me choosing to share a seat with them, when there are dozens of empties down the back, I apologize, sincerely, but I must sit up the front in the first two rows or I’ll get sick.
What was your greatest holiday meal? One time when the bus stopped in Taihape, I was with my daughter, and we went to the tea rooms and I had a mince pie. I’m not allowed to eat mince pies much cos I’ll get fat(ter) so when I travel I allow myself a mince pie. I had it with chips and tomato sauce and a pot of tea and it was really, really good. You can’t beat that in my book.
What was one of your worst holiday experiences? One time in Hamilton the toilets at the bus station were disgusting and I really needed to go.
What was your greatest holiday? The first time I went camping with my daughter at Shakespear Regional Park in Whangaparaoa just north of Auckland. It has flush toilets and showers, doesn’t cost a lot, and the park and the beach are amazing. Plus we squashed into our little tent and it didn’t fall down on us. Successful all around.
Complete this sentence: I can’t travel without … Clothes. I think they are pretty important when leaving the house.
What’s the best travel tip you’ve ever been given? To take underwear with you just in case you get separated from your actual luggage. Probably not as important when one buses but a good tip, I say.
Favourite airport to land at? Well, naturally if I need to travel I take the bus, cos its cheaper, but I did fly last year to Wellington for the Romance Writers of New Zealand conference in August (I went ‘carry on’, naturally, because why pay for luggage?) and as we were walking through the airport we saw former Prime Minister Helen Clark being pursued by media. That was pretty exciting, seeing a celebrity in the flesh at the airport like that.
What’s the next trip you’ve got planned? Bussing down to Palmy to see my mum and my daughter. Can’t wait.