No, I am not sick, but I have been reading Debbie Macomber’s latest book “Twelve Days of Christmas” and there’s a great bit where the heroine is sick.
She, Julia, has the flu, and the hero is in her apartment helping her.
He asks what he can do for her, and she says “Can you help me to the bathroom?”…. whereupon she asks him to pull out the scale. (Or as we say in NZ, the scales.)

“The scale?” he repeats.
She looked at him knowing she was pitiful. ‘I want to weigh
myself and see how much weight I’ve lost.”

Yes!
I did not know that was a thing that other people except me even did.
But it gets better.

Julia weighs herself and says, “Five pounds.”
He says, “You weigh five pounds?”
“Don’t be ridiculous. I lost five pounds.”
“Is that good?”
To which she replies, “Of course. It’s everything.”
Written by a woman who surely knows the madness of the battle. 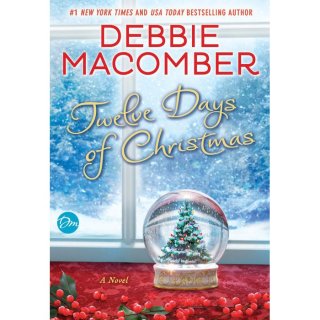